A new way of working with us! Low monthly fixed cost. Access our team on demand to help you scale. More info
Home / Ruby on rails / Ruby on rails efficiency convention over configuration

Getting more efficient with our Ruby on Rails projects 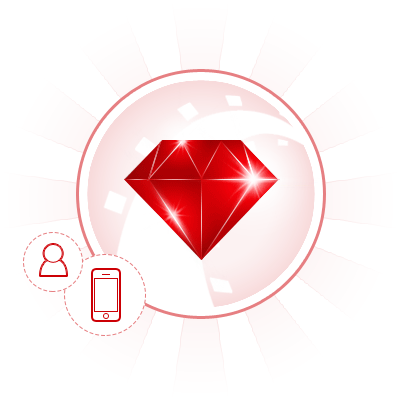 One developer would work on a project, and establish a way of doing something - for example he might make all the database table names formatted first letter caps (CamelCase). Another developer might have a burning desire for all lowercase. Pretty soon there would be a heated and totally inane argument about which saved more bytes of data. The second developer would complain about the first one wanting to boss him around, and so on.

The real clangers were always when we had different developers working on different parts of a big project. We’d discover that while some parts of the code worked fine, other parts used technology that was case sensitive. Remember how one guy was using TableName and the other was using tablename? Once some part of the project becomes case sensitive, everything comes to a screeching halt.

As a solution, we decided to document The Right Way. This was before we discovered Agile (Red Ant discovers agile), and I spent many many hours writing this very comprehensive, massive weighty tome. Which no one ended up reading. The developers just cherry picked what suited.

So our next attempt at solving this was to create a library of code that contained all The Right Ways to do stuff. This took ages to build, and it was great for a while, until we worked out that how big and inefficient the damn thing had got. It was classic not made here (not invented here) behaviour. Rather than using existing open source libraries, we were rolling our own, and often there were 2 or 3 very similar parts. See- the CamelCase guy might want one flavour, and lowercase guy might prefer another, so we’d better have both. I think someone had a crack at rewriting SQL in there somewhere too.

The bloat was a problem, because this was being included on each and every request. Microsoft ASP isn’t particularly fast to begin with, but we did our best to slow it to a crawl.

How Ruby on Rails solved this for us

One of the advantages of using a modern web development framework like Ruby on Rails is the idea of Convention over Configuration (Convention over Configuration). Rather than creating a massive set of instructions that no one reads or a library that somehow enforces how things should work, we’ll all behave like consenting adults and follow some Conventions. Conventions about how things should be named, where they live, how they behave and connect.

So it doesn’t matter if you think lowercase looks pretty. Or you want to use emoticons in your table names - there is a Rails Way to do things. Follow that and everything will flow pretty smoothly.

Rails has taken this a step further, and rather just than simple conventions it curates some decisions that developers need to make in the process of building (aka curation over configuration (The lie of convention over configuration)). You can use any flavour of technology XX youd like, but there is a curated choice which the Rails team have felt works well - and they’re pretty clever cookies.

Looking back now it seems like such a simple thing, but it is amazing what a difference it has made.