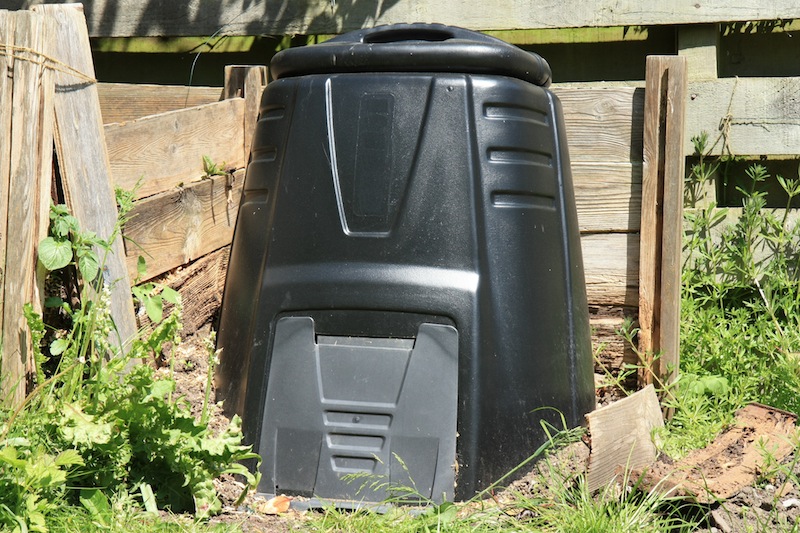 We’ve just bought our second compost bin, to sit alongside our existing bin and worm farm.

To put this in perspective, some history. Like most good things, it starts with coffee.

Back in the day, when we were working in a ridiculously large but trendy warehouse space on Randle street (Google maps), we had a bucket. We needed the bucket once we bought our first coffee machine, and then realised we needed somewhere to put the grinds. However, our trendy space was so cool and hip that it lacked a sink- or a kitchen. So we settled on a bucket.

The bucket’s demise began when people started emptying out the water from the coffee machine, and the bucket began to get more liquid and contain all manner of scraps. This went on for a while, and the bucket became more and more disgusting.

Things came to a head when I started finding teaspoons in our toilet. I was sure someone must be shooting up in there - I wasn’t really sure how to deal with that from an HR perspective (did we say anywhere in our contracts that it wasn’t cool to shoot up during lunch?). No one seemed to be nodding off at their computers or acting odd.

It turned out that our cleaner was tipping the entire bucket down the toilet and then flushing it. And occasionally there was a spoon in the bucket. Everything else was flushed away, but the spoon remained. Those guys don’t do our cleaning any more.

Our next office had a kitchen, but we needed somewhere for food scraps and coffee grounds. So on the advice of a friend, we got a Bokashi (Bokashi composting on Wikipedia). For those of you unfamiliar with the Bokashi concept, the idea is that you have this completely sealed small tub that you put food waste into, and then sprinkle some special magic Bokashi powder over, and the scraps get dissolved by all the special bacteria in the Bokashi powder. Or something like that. The supposed advantage being none of the smell of compost and good for small spaces. Sure.

Things didn’t quite work out like that - maybe our powder was out of date or something. We filled the tub in a week or so, and pretty soon the scraps turned into this dark grey gloop with the most incredible stench. Opening the lid to put more food scraps in would release a warm gush of fetid stink, so pretty soon everyone learnt not to open it under any circumstances. I tried tipping a tiny bit out, diluting it with water and putting it on some of our office plants. The next morning, all of our plants were dead.

So the Bokashi sat there for about a year, no one quite sure what to do with it. We were worried that moving it might cause an explosion or toxic leak. But the longer we left it, the worse it got.

Finally, our problem was solved when we got our office repainted. After the job, the painter left some of his cans of paint in our kitchen, and then turned up with a mate a few days later to collect them. It seemed they had decided to have a smoke of the peace pipe, and they turned up extremely stoned. They carried out all of their paints, and loaded them into their van and drove off very very slowly. With our Bokashi.

So then we decided to get serious. No more messing around with buckets or crazy systems - worms were the answer. We got a worm farm. The worms are little champions, but with limited capacity. With 28 people we make about 8 small buckets of scraps a week. And when that filled up we got a big compost bin to deal with extras. Now that has finally filled up, so were onto our second compost bin.

But somewhere out there, sitting in the back of a paint splattered van amongst some cans of paint, sits the ticking time bomb of our Bokashi.

A whirlwind tale of Red Ant's journey through the wonderful world of composting.