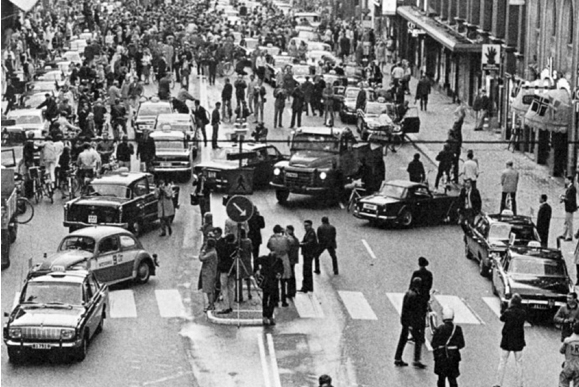 What started at 5% grew to 10% the next year, then doubled again, and now some of our sites are over 40%. Email is even more interesting - checking an email from your phone is now pretty easy, which drives the mobile vs PC rate right up. Campaign Monitor is predicting this month (Mobile set to surpass desktop and webmail email client usage by July) over half of their emails will get opened on a mobile device.

So mobile traffic is getting bigger and bigger, and everyone is feeling the need to do something. But it can be a bit confusing as to what actually to do - a common reaction seems to be to build a mobile application, but this isn’t necessarily the most appropriate solution.

Let’s start with a basic premise: providing a better experience for users on mobile devices (Mobile Site vs. Full Site) is good. It’s something you want.

There are four approaches for improving the mobile experience. These arent exclusive - as in you don’t need to pick only one. In fact, **our recommendation is to adopt all four if you can.

The current generation of smart phones have pretty good browsers, so your site should work OK on them (albeit small). If it doesn’t, then it is probably an indication that some updates are required anyway. I suppose what I am saying is that if your site doesn’t work on a mobile properly now (excluding things like Flash and file uploads) then address that first, as your site probably breaks on other non-mobile browsers now.

A responsive layout reorganises itself depending on screen size. So the actual page that each device (PC or mobile) gets is the same, but the layout changes depending on size available. On a wide screen the navigation bar might be at the top, with an image below it. The same page when seen on a smaller screen might change to be text only with no image under it. There might be a few stages in between big and tiny to allow for mobiles or tablets with slightly bigger screens - eg: same navigation bar but no image.

The advantage of responsive is that it just works- one layout can intelligently resize itself for different sizes. As bigger mobile screens come out, your responsive layout will adapt.

The disadvantage is that mobile devices are getting the same page - even though they can’t see some of it. This means the page can be bigger in file size than it needs to be, which slows things down.

The advantage of this is that your page can be crafted just for mobile users- there might be some features that just don’t make sense on a mobile, so you can drop those. There might be other new, mobile specific functionality that you can include just for mobiles. Having separate pages means page size can be optimised- particularly important for mobile as they tend to process and render pages more slowly. So a big plus for the separate page approach is speed.

A disadvantage of separate pages is that youll now need to maintain a separate version. Whilst this is the case, our experience has been the effort required to maintain separate mobile pages (using say JQuery mobile) and a responsive layout is very similar.

Having a mobile app involves building a separate application, and then getting this published in either the Android or Apple iTunes store. The advantage here is that rather than just being another URL, your site is now something that lives on the users desktop. They can run your app directly from their mobile rather than going to the web first.

The downside is the effort and cost of development and publishing. Whilst I realise there are lots of sites claiming this is easy and simple, the unfortunate truth is that it takes a while to do properly. An app needs to be written in a different programming language to your site, and the publishing process is more involved. Once published, your app will live or die based on downloads and reviews. Bomb on these and popularity will plummet pretty quickly, so it is worth doing properly the first time. Do it on the cheap and all you’re doing is blowing that money and setting yourself back another few months.

Here are four approaches for improving mobile experience on your site. These aren't exclusive, our recommendation is to adopt all four if you can.